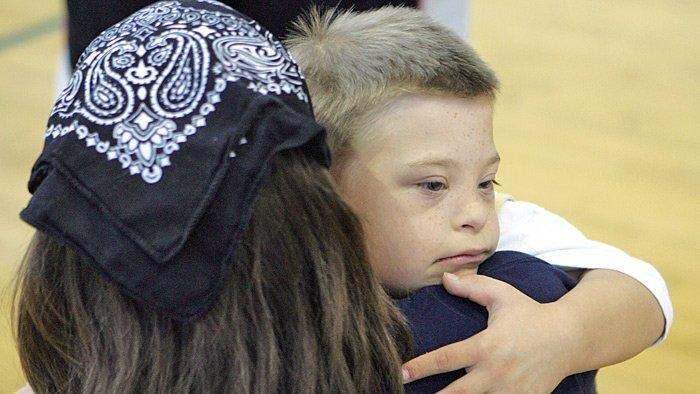 (from The San Diego Union Tribune)

Bella Rusnak bounds down the court, clutching the basketball. She shoots — she scores. “Yes!” she exclaims, as her hands pump to the sky. The crowd cheers her on.

This isn’t your typical basketball game, but the players don’t know that. This is the Shooting Stars Basketball League.

The league is designed for children and adults, ages 5 to 22, who have physical and mental disabilities. The program was started by Rick and Emmie Clark of San Marcos, who have an autistic son, Jacob. His love of the game inspired them to start the league so that he, and others like him, could enjoy basketball, Rick Clark said.

Rachel Cintron chases after player Katie Stashek as she takes off down the court with the ball. “Hey, Katie, you’re traveling!” yells Rachel.

Players compete against volunteers during games at Corky Smith Gym in San Marcos. The rules are lax. Traveling and double-dribbling aren’t a problem. Scoring and having fun are the game’s objectives.

Read the full article at The San Diego Union Tribune