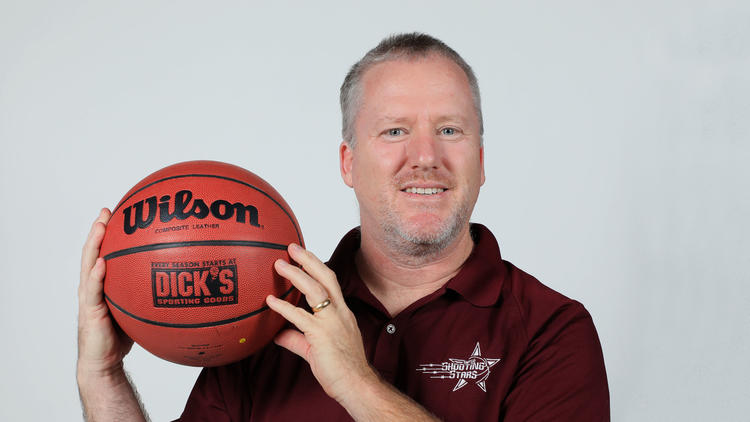 (from The San Diego Union Tribune)

When Rick Clark and his wife wanted to give their oldest son, Jacob, an opportunity to play basketball, they found that they needed to create a new program for him and others.

“We tried typical basketball, but the speed of the game and the rules were too much for our highly functioning autistic son to handle,” he says. “Having coached special needs soccer before, we set out to design a program that would make a difference for our son and other kids like him.”

What they created was the Shooting Stars program, part of the San Marcos Youth Basketball League, for players 5 to 22 years old with varying special needs, including autism, Down syndrome and other physical and mental challenges. The program started in 2006 and there were a handful of players. Shooting Stars has grown over the years to include more than 100 players, along with coaches and volunteers who work with the kids to develop fundamental basketball skills while having fun.

Clark, 48, lives in San Marcos with his wife, Emmie, and their sons Jacob and Jonathan. He balances the basketball program between his place in his family and his full-time work in their real estate business and as a sales representative for a software company. He took some time to talk about how they got Shooting Stars off the ground, what people get from the program and his brief stint as a tennis coach abroad.

Read the full article at The San Diego Union Tribune